PFAS as Emergent Chemicals - What Investors Need to Know

PFAS as Emergent Chemicals - What Investors Need to Know

What are perfluoroalkyl substances (PFAS)?

In 2016, the USEPA issued a drinking water health advisory for perfluorooctanoic acid (PFOA) and perfluorooctane sulfonate (PFOS), which are part of a class of substances called perfluoroalkyl substances (PFAS).  These compounds have recently received increased regulatory scrutiny, as well as media coverage.

These compounds have been recently identified in some drinking water sources, which has generated understandable public concern.

What are sources of PFAS in the environment?

Cleanups involving PFAS are generally centered around airfields (where they are a component found in fire suppression foams), landfills which may have accepted wastes containing PFAS, and facilities that may have used PFAS to provide stain resistance to textiles.

A paper published in Environmental Science and Technology (Hu, et al 2016) [1] presents known hydrological units where PFASs have been detected in the lower 48 states.  These hydrological units appear widespread, but generally appear close to well-populated areas. 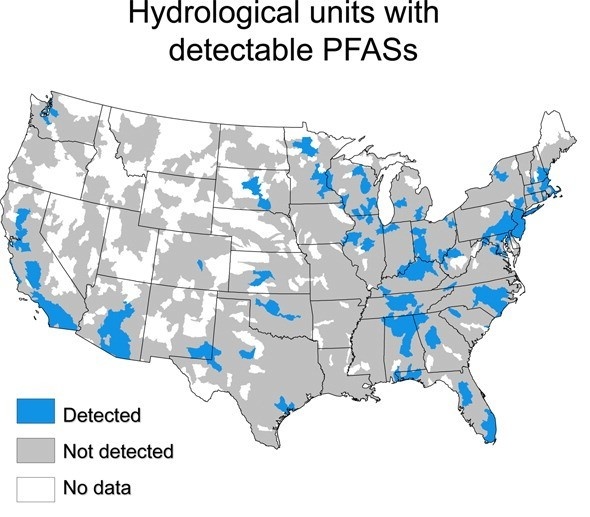 Why are PFAS dangerous?

PFAS are resistant to degradation and have been in widespread use for over 60 years. USEPA reports that peer-reviewed studies suggest that developmental effects may occur in fetuses or breastfed infants, and that cancer, liver effects, and decreased immunity may also occur at adverse concentrations.

Consequently, USEPA issued a non-enforceable health advisory level of 70 parts per trillion (ppt) for the combined concentrations of PFOA and PFOS.  But other jurisdictions have taken a stronger approach.  For example:

Even for companies who have not used PFAS historically, there are still things to be aware of, particularly during an acquisition: