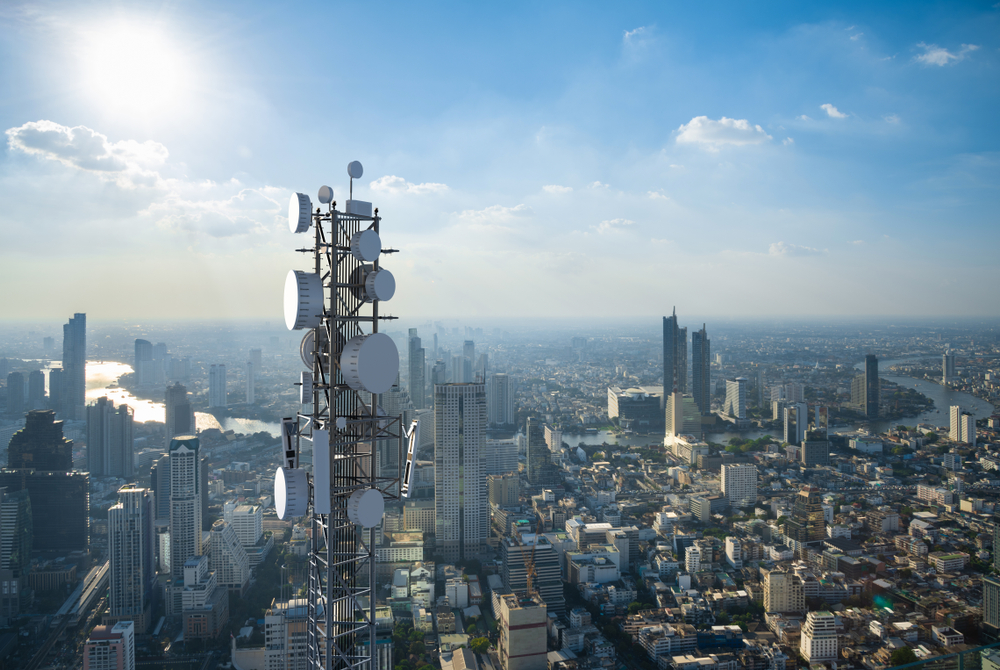 According to the Federal Communications Commission (FCC), the United States is in the midst of a transition to the fifth generation of wireless technology, known as 5G, which can unleash a new wave of innovation, entrepreneurship and economic opportunity for communities across the entire country. The FCC states that 5G can enable increased competition for a range of services—including broadband—support new healthcare and Internet of Things applications, speed the transition to life-saving connected car technologies and create jobs. It is estimated that wireless providers will invest $275 billion over the next decade in next generation wireless infrastructure deployments, which is projected to generate an expected three million new jobs and boost United States’ GDP by half a trillion dollars.

In order to accelerate wireless broadband deployment by removing barriers to infrastructure investment to the National Environmental Policy Act (NEPA) and National Historic Preservation Act (NHPA) review processes, the FCC has streamlined the procedures in support for the deployment of 5G and other next-generation wireless services. Specifically, the FCC has clarified that telecommunications companies have discretion on how to fulfill their legal obligations and have no legal obligation to pay up-front fees when providing Tribal Nations and Native Hawaiian Organizations (NHOs) with an opportunity to comment on proposed facilities deployments to make good faith efforts to identify Historic Properties and to invite participation by tribes.

Back in 2005, consultants and telecom companies utilized the Tower Construction Notification System (TCNS) in order to facilitate tribal review and correspondence. Tribal review and correspondence generally involve submission of documents with specific tribal requirements which include the following: a description of the site and the proposed work, site maps, review of area of potential effects and a determination of whether there is an effect on tribal nation. Additionally, tribes often require an upfront fee in order to facilitate review of this information. Once the tribe received the appropriate fee, a consultant is required to obtain a statement of no interest or concurrence of no effect or no adverse effect from each participating tribe. However, after some time, tribes began to slow down the application process unless a substantial up-front review fee was paid.

The FCC makes note in its Second Report and Order, dated March 22, 2018, that many tribes have expanded the geographic areas for which they seek notification and, as a result, the average number of tribes notified per project increased from eight in 2008 to 15 in 2017. Due to the combination of these factors, the per-site cost of review that an applicant pays to invite tribal participation had increased dramatically. For example, between 2011 and 2017, the average number of tribes expressing interest in its projects increased from five to 16, and the total tribal fees per site increased on average from $2,000 to $15,000 per telecommunications site.

Reasonable periods of time to act on siting applications

In its recent order, the FCC adopted a 45-day shot-clock for approval/clearance on small cell antenna/facilities. The shot-clock begins when a tribal submission documentation is submitted. If the applicant does not receive a response within 30 calendar days from the date of submission to the Tribal Nation, the applicant can refer the matter to the FCC to follow up. Upon receiving the referral, the FCC will directly contact the tribe to request that the tribe inform its interest in a project within 15 calendar days. If the tribe does not provide comment within 15 calendar days, the applicant’s Section 106 Review obligations are discharged with respect to that tribe.

Additionally, the Second Report and Order clarifies that applicants are not required to pay fees requested by tribes and do not have a legal obligation to pay up-front review fees when providing tribes the opportunity to comment on proposed deployments. The FCC has indicated that recent studies have demonstrated that site tribal fees impede deployment of antennas. As such, the FCC has clarified that applicants have no legal obligation to pay up-front fees.

According to a statement from commissioner Michael O’Rielly, Mr. O’Rielly stated “I wholeheartedly support the item before the Commission, and I commend the Chairman and Commissioner Carr for bringing it forward. In essence, it addresses two main barriers to wireless tower and antenna siting—unnecessary delays and outrageous fees”.

Mr. O’Rielly, goes on to say “I have cited many data points to highlight the issue of extraordinarily high fees in previous speeches, but the examples just keep coming. The record contains accounts of AT&T paying a total of $13,525 in fees to 36 tribes for the collocation of one antenna on a Minnesota hotel. Another provider paid $19,550 in tribal review costs to cover fees from 38 tribes for a tower in Wyoming. The same applicant built a similar tower in the same town a year earlier and the fees were over $6,000 less. Sprint paid $12,200 in total fees to 25 tribes for a small cell outside a steel factory in Indiana, which was determined to have no effect on tribal historic properties. Further, some tribes are receiving the payments, but then never respond as to whether there is actual concern, causing endless delays.” Based on responses from Mr. The hope of the FCC is that these changes will facilitate speedy implementation of 5G technologies and services.