Managing Soil Vapors in Minnesota: A Guide for Property Developers

What is Soil Vapor Intrusion?

Running into environmental barriers in the midst of a redevelopment project is not high on the list of favorite things for any developer. Due diligence may identify past uses of a property that could contribute to contamination of the subsurface media, or maybe existing contamination has already been identified.  When confronted with soil and groundwater contamination, a seasoned developer may say “we’ve seen this before, we got it”. Those involved in property redevelopment have been needing to deal with contaminated soil and groundwater for decades, and many have become quite comfortable doing so. However, until the early 2000s, soil and groundwater’s subsurface sibling, soil vapor, was treated more like the red-headed stepchild that no one knew to think about.  Once it was understood that soil vapors emanating from subsurface releases could penetrate building slabs and migrate into indoor air breathing spaces, Federal and State regulators began paying more attention.  In 2008, the Minnesota Pollution Control Agency (MPCA) and the Minnesota Department of Department of Health (MDH) developed Intrusion Screening Values (ISVs)[1] that were meant to establish constituent concentrations in subsurface soil gas and sub-slab vapors which could cause indoor inhalation risks.

A decade seems like an adequate amount of time for government agencies and businessmen and women to develop a sufficient comfort level in dealing with soil vapors, but of the three subsurface media, soil vapor is the least predictable. It doesn’t always travel “downgradient” like groundwater.  It can’t be delineated and excavated as efficiently as soil.  It’s intrusion into overlying building spaces can fluctuate with weather, seasons, and building system operations.  It’s this last one that seems to give the most headaches to regulators and the industries that they oversee. 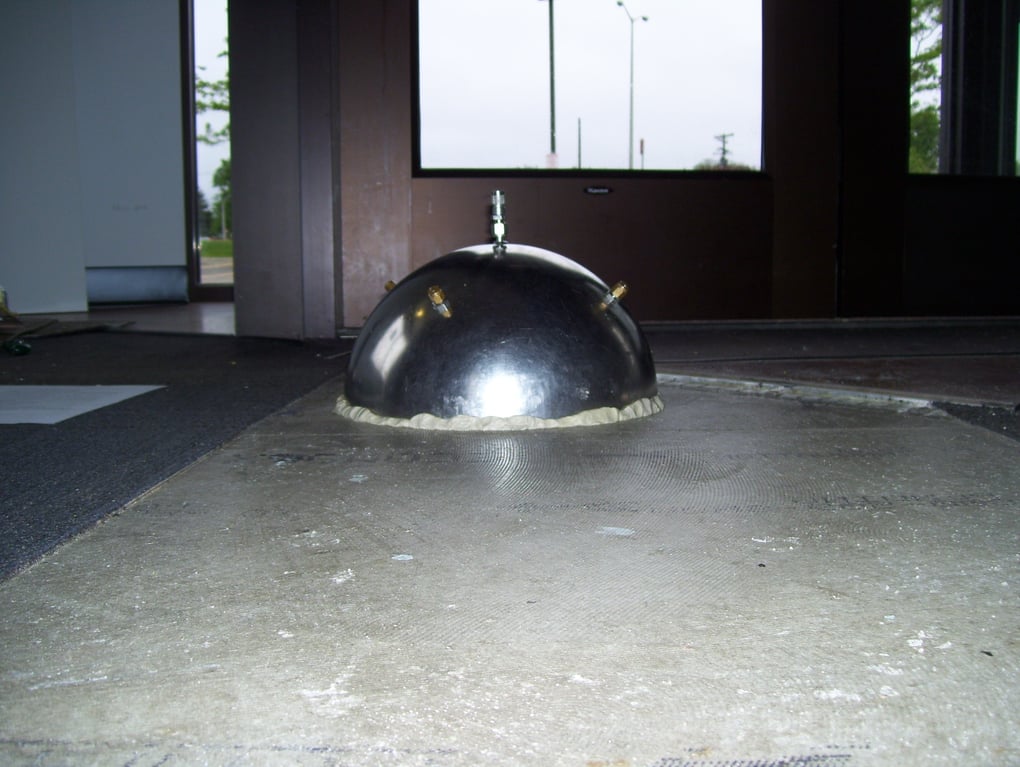 In October 2017, the MPCA released a document outlining the best management practices (BMPs) for vapor intrusion and building mitigation decisions[2]. Although this document, does not specifically address commercial/industrial buildings, this set of BMPs offers guidance for conducting vapor investigations and applies to MPCA Resource Conservation and Recovery Act (RCRA) sites as well as any sites being managed under the oversight of Minnesota Environmental Response and Liability Act (MERLA) programs [i.e., Superfund, Site Assessment, and Voluntary Investigation and Cleanup (VIC)].  Per the MPCA, a vapor investigation consists of five steps:

1) An evaluation of on-site and vicinity vapor sources;

2) Completion of a soil gas and/or sub-slab soil vapor investigation;

3) Determination of a vapor intrusion (VI) area of concern (AOC);

Typical due diligence, like completion of a Phase I Environmental Site Assessment (Phase I ESA) or Phase II ESA can fulfill the requirements of Step #1; however, it is Step #2 that has been the cause of recent heartburn.  If findings from a Phase I or Phase II ESA identify potential vapor concerns on a property, the MPCA now requires a minimum of two semi-annual seasonal sub-slab and/or soil gas sampling events to determine the presence of a potential VI risk.  Specifically, sampling must be spaced out at least 30 days apart with one sampling event conducted in the “heating season” of November 1 through March 31 and another sampling event conducted in the “non-heating season” of April 1 through October 31.

If the sub-slab sampling results do not indicate that a potential VI risk is present (i.e. sub-slab concentrations are detected below ISVs), then no further sampling or investigation is required and no vapor mitigation is necessary.

If sub-slab sampling results do indicate the presence of a VI risk, further investigation and/or vapor mitigation will be required depending on the concentrations detected, so interested parties should be aware of these requirements and plan accordingly. But don’t panic! It’s important to note that the MPCA now offers three different VI liability protection letters to voluntary parties that have completed a vapor investigation or mitigation project[3]. These liability protection letters include the existing No Association Determination (NAD) letters, as well as two new Vapor Assurance Letters:

As discussed by panelists at the recent Minnesota Real Estate Journal Brownfields Redevelopment Summit, the greatest stressor for lenders, lawyers, and developers when it comes to vapor intrusion is dealing with the unknown.  With an anticipated publication date of January 2019, the MPCA is currently working with relevant stakeholders to develop BMPs for VI mitigation at Industrial and Commercial Buildings to reduce some of this unknown. What is clear, however, is that having sophisticated dealmakers paired with good legal and environmental consultants is paramount in navigating VI regulations.  With a good team in hand and a solid understanding of the assurances available from the MPCA, soil vapor becomes one hurdle that a skilled dealmaker can clear.