Utica Shale - The Marcellus and More

To a general audience, the Marcellus Shale is widely known as the sole natural-gas giant of the Northeast, but have you heard of the Utica Shale? Thousands of feet below the Marcellus lies another major fossil-fuel resource that has proven to be a significant provider of oil, natural gas and natural gas liquids.

The Utica formation is positioned underneath significant portions of Ohio, Pennsylvania, West Virginia, New York, Quebec and other parts of eastern North America (Figure 1). The black, calcareous, organic-rich shale has long been considered by geologists to be a lucrative oil and natural-gas source rock. The organics provide the shale with its dark gray to black color and hydrocarbon potential. Source rock depths range from approximately 2,000 to 14,000 feet below sea level, averaging much deeper than the Marcellus (Figure 1). 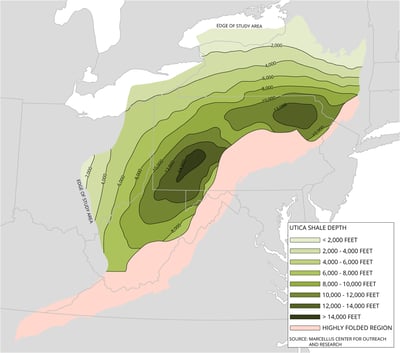 Initially, the Utica Shale was not extensively developed because of the substantially greater drilling costs required to tap into the formation. The Utica Shale is a deeper and older formation having been deposited in the Ordovician Period (Figure 2), which created challenges and uncertainty in targeting the formation for gas exploration. Gas exploration largely focused in the shallower and younger Marcellus Shale, formed in the middle Devonian period (Figure 2), because of the lower drilling costs and risk involved in returning profitable amounts of natural gas and oil. In late 2011 to 2012, after initial drilling results were reported, it appeared that despite these challenges, the Utica Shale fossil fuel reservoir was destined for a long and profitable run.

In addition to oil and natural gas, wells drilled into the Utica Shale are yielding significant amounts of natural gas liquids and crude oil. This “wet gas” and oil refers to the many petroleum derivatives like ethane and butane that are more profitable delivering a higher sales price. The Utica Shale is a more “liquid play” than the Marcellus, and in an economy with depressed gas prices, wet gas or oil are more highly desired. 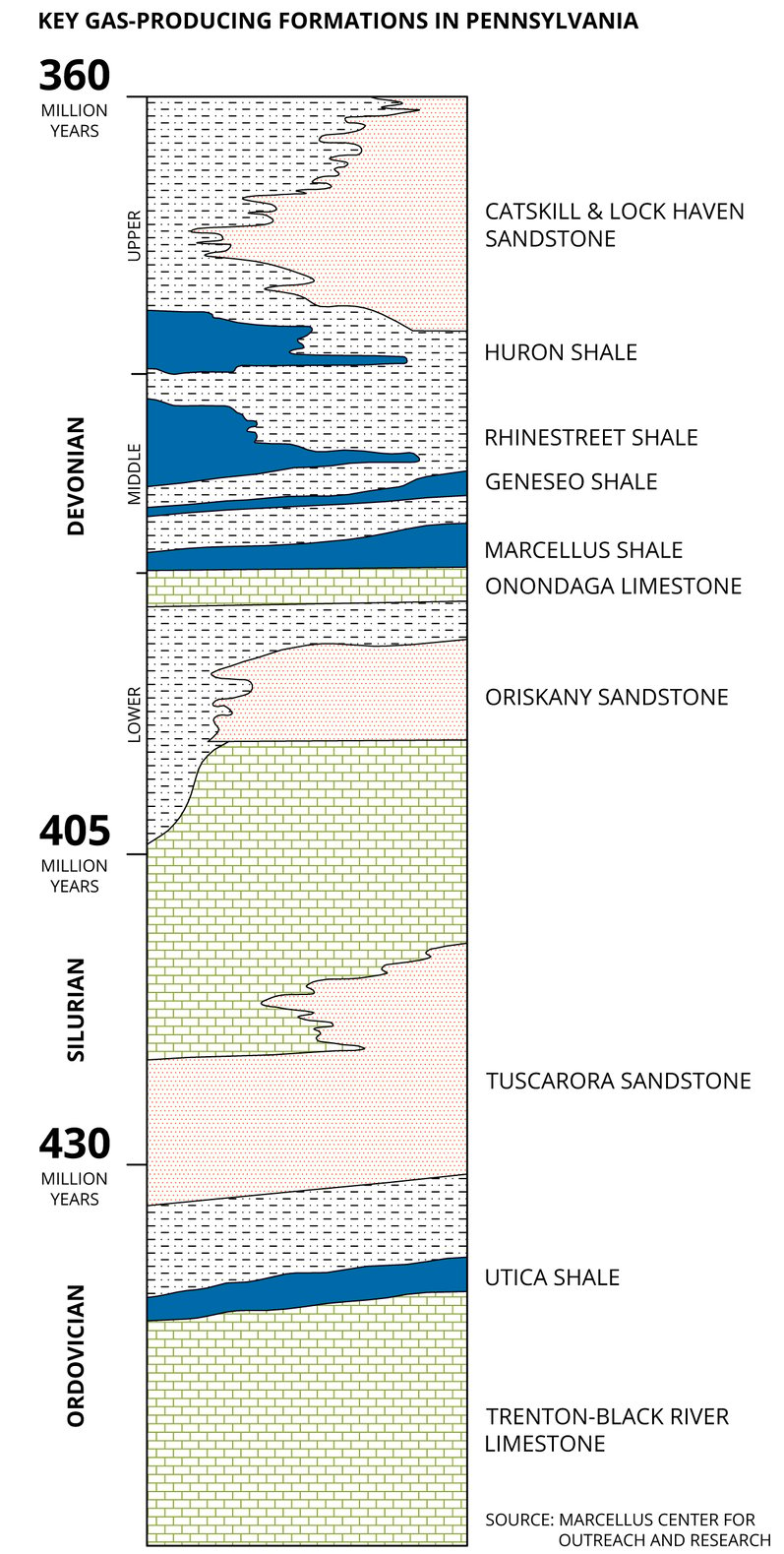 The future development of the Utica Shale is promising. In areas where the Marcellus Shale has been developed, the Utica has an infrastructure advantage. Previously installed drilling utilities, such as drill pads, pipelines and roadways, may still be useful for developing the Utica Shale in those areas. Utica Shale underlying parts of Lake Erie and Lake Ontario likely contain natural gas, supporting the possibility of future offshore drilling. The Utica Shale play is well on its way to becoming the next household name as a natural-gas giant in the Northeast.