Are Fluorotelomers the Next Wave of PFAS Regulation?

As the science surrounding the extensive family of per- and polyfluoroalkyl substances (PFAS) evolves, the number of PFAS compounds on regulatory lists are growing.   Perfluorooctane sulfonic acid (PFOS) and perfluorooctanoic acid (PFOA) are the most commonly known as they received the earliest attention, and for good reasons:

However, as awareness of dangers posed by PFOS and PFOA increased, focus expanded to include longer-chained perfluoroalkyl acids (PFAAs), which are the chemicals most closely related to PFOS and PFOA.  Consequently, while analyte lists for regulated PFAS compounds vary from state to state, they generally include PFOS, PFOA, and select longer-chained PFAAs.

As the knowledge base around PFAS chemistry grows, the next group of compounds ripe to be added to the growing lists of regulated PFAS compounds may be fluorotelomers.

“Telomerization” means producing a “mini polymer” by making relatively short chains of identical chemical units.  Primarily, these chains have an even number of units, and in the case of fluorotelomers, the average chain length is a straight-chain which is 8 units long.   It is worth noting that, incidentally, PFOA is a by-product of fluorotelomer production.

The primary and relevant subgroups of fluorotelomers include: 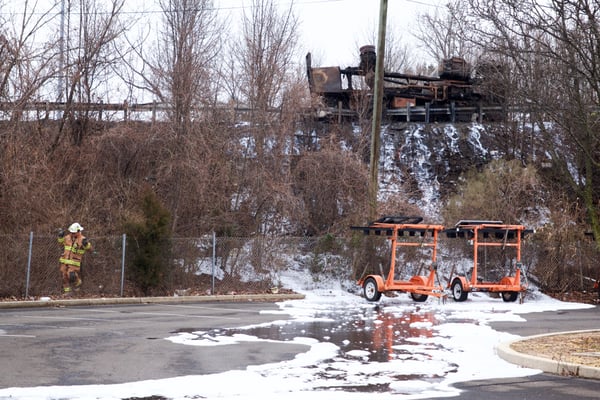 So, what’s the risk?

In their own right, fluorotelomers may pose health risks.   For example, one of the most widely produced compounds in this group, 8:2 fluorotelomer alcohol (8:2 FTOH), is believed to be estrogenic, and may lead to breast cancer cell proliferation.  However, fluorotelomers can break down in nature, and become more persistent PFAS compounds, which is also problematic.

Specifically, the carbon-fluorine bonds in PFAS are exceptionally strong and, therefore, resistant to processes that commonly degrade chemicals in nature, such as oxidation or bacterial degradation.  By contrast, the carbon-non-fluorine bonds found in polyfluoroalkyl molecules can be broken more easily by these same processes. As briefly referenced above, 8:2 FTOH is one of the more extensively manufactured fluorotelomers, because it is key to the production of certain surfactants and surface protection products.  Because, as the nomenclature indicates, the fully fluorinated “tail” portion of this molecule is 8 carbons long.  If this tail is cleaved from the rest of the molecule at the point of a non-C-F bond, it can readily form highly persistent PFOA, which is also 8 carbons long.

It is also worth noting that unlike many other PFAS, fluorotelomer alcohols are highly volatile compounds.  Consequently, volatilization is a primary transport pathway for these compounds.  As they oxidize in the atmosphere, they break down into perfluorinated carboxylic acids, such as PFOA.  It is believed that this volatility and subsequent degradation may be the source of PFAS identified in remote locations, including in the livers, blood serum, and eggs of Arctic animals.

Why is this relevant?

Regulators are rightly concerned about the well-studied and environmentally persistent compounds PFOS and PFOA, as well as other similar PFAA compounds.  However, as scientists study the ways that other PFAS compounds, such as fluorotelomers, serve as important precursors to the formation of PFAA, these precursors may also become increasingly regulated.  Wisconsin, for example, is currently considering developing groundwater quality standards for four fluorotelomers.  Consequently, clients evaluating PFAS-related risks may need to contemplate risks for compounds beyond simply PFOS and PFOA.

What’s this about a new Phase I...

Summer is in full swing, and many parts of the. . .

NOTE: This article was originally posted on. . .